I’m glad to announce the 0.8 release of tasty, a modern Haskell testing framework.

Among the important user-visible changes are:

For details, see the CHANGELOG and README.

I’d like to thank people who kindly responded to my requests for help with tasty-related packages:

I recently started to pay more attention to (transitive) dependencies of my packages. More transitive dependencies (esp. those that I do not control) means greater probability that something will break, not to mention the compile times.

As Vincent Hanquez put it,

operation-dependency-streamline. roll your own copies of code and types instead of depending on different packages. 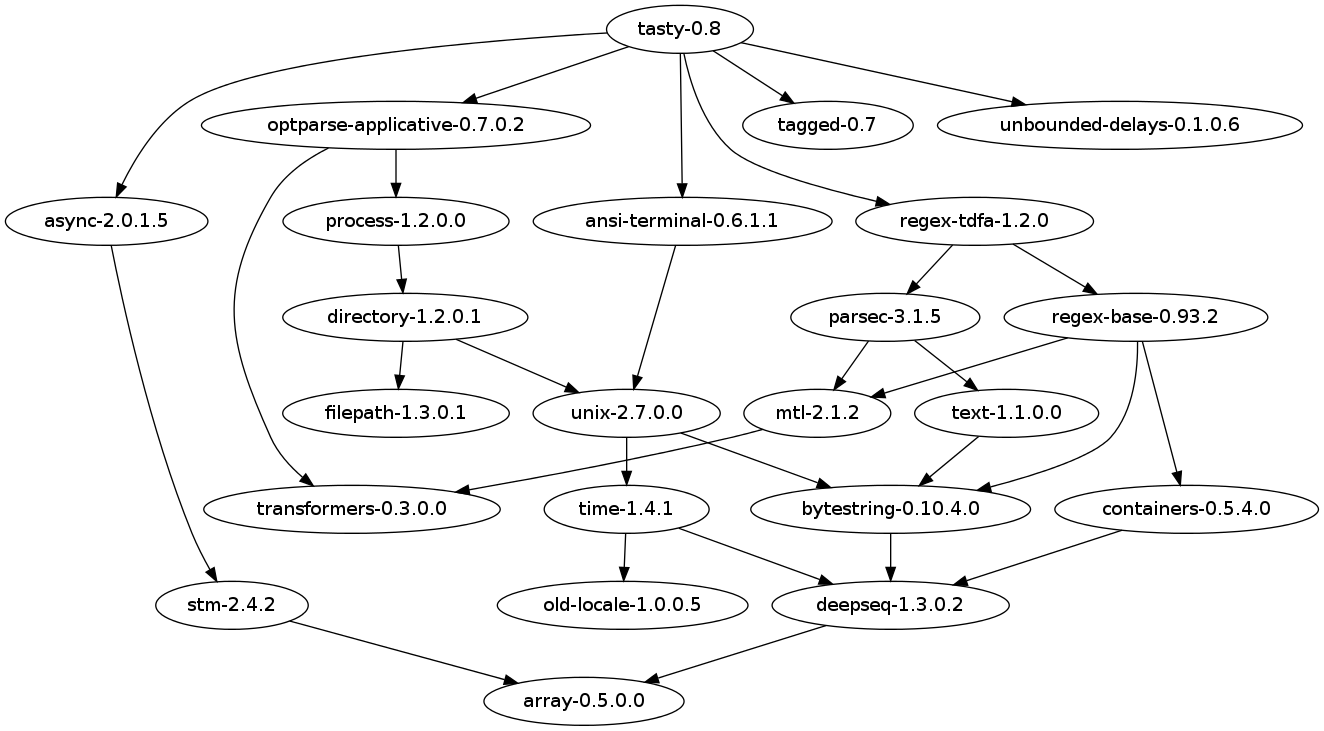 The gains were achieved by: